Fight for Rights: The Chicago 1919 Riots and the Struggle for Black Justice

This is a history of the fight for rights and citizenship undertaken by Black people in Chicago in that city’s first century. Covering the period from the 1830s to 1930s, this book looks at their successes and the forces that arose—in the streets, in city government, in the courts, and in the police department—to limit how far they reached. And it looks at how, and why, individuals and institutions attempted to justify those limits over time.

Fight for Rights traces the years leading up to the racial violence of 1919, as well as the aftermath of that summer and its impact on Black Chicagoans’ lives over the next decade. Drawing on newspapers, photographs, and government documents, this multimedia monograph intersects with a rich body of current scholarship. 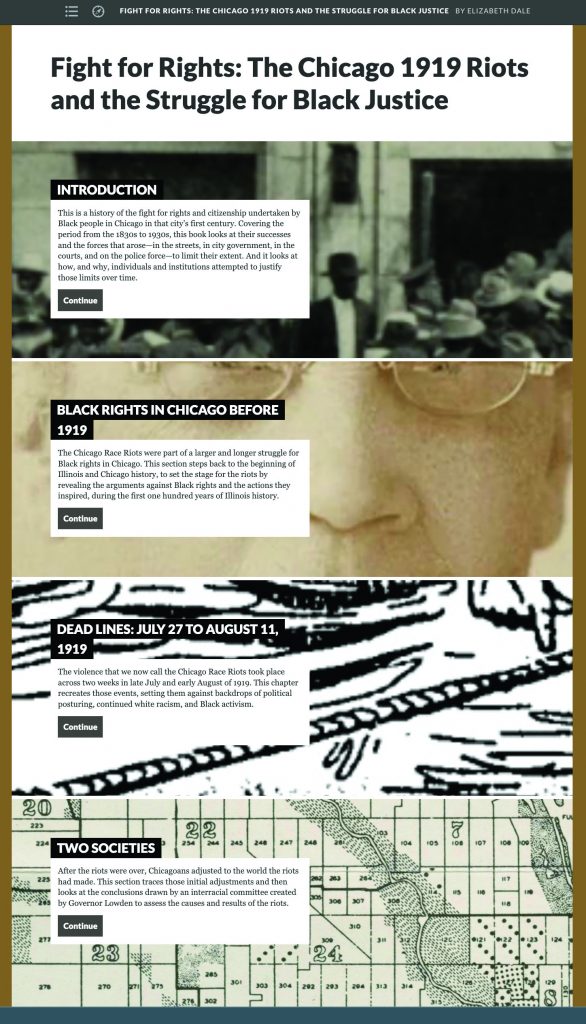